Mr. Restore now has offices in Dallas-Fort Worth, Amarillo, and Oklahoma City.

Mr. Restore has three locations to better serve the Dallas-Fort Worth, Amarillo, and Oklahoma City areas. Choose a location to get started! 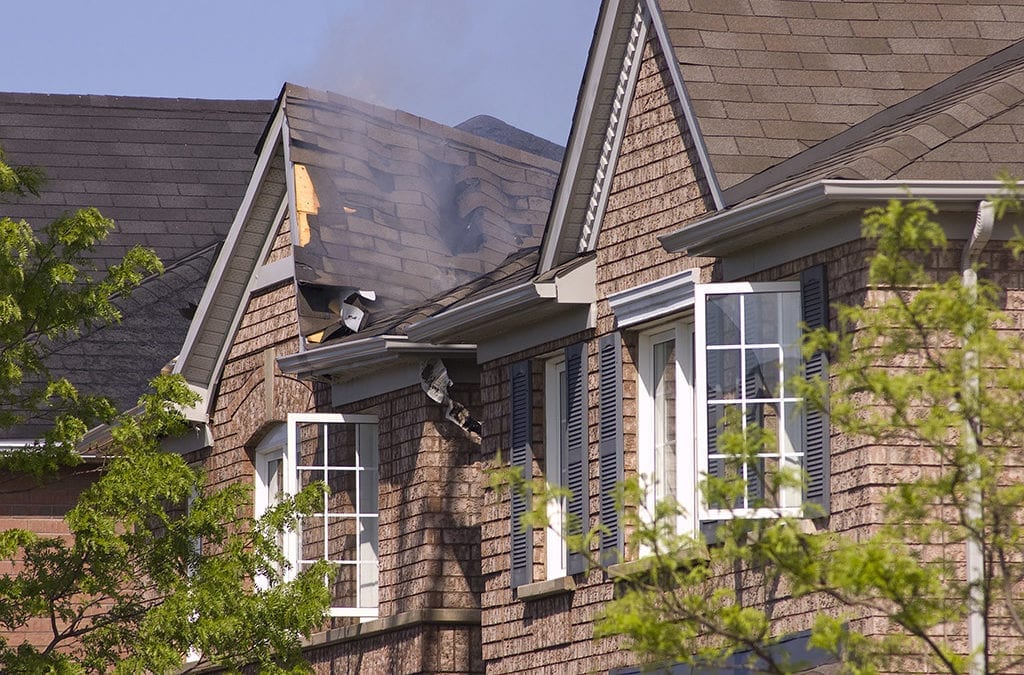 Fires are one of the greatest hazards to mankind. Not only do they involve a lot of damage to property and valuables, but they also result in a lot of loss of human life. They can occur within buildings with the highest standards of fire safety and they can occur in places where you just won't think that fires can ever occur. They can burn down schools, and entire apartment buildings or in the smallest of cases, can simply damage a lot of furniture and cause structural damage. This obviously involves millions of dollars of property damage. However, there is a way that you can mitigate that damage with Mr. Restore's  fire restoration in Dallas, TX. Mr. Restore has over 50 years of experience. It is locally owned and operated. The trained professionals at Mr. Restore understand how crucial it is to act quickly when handling fire damage restoration in Dallas, TX. It's imperative that the necessary repairs and replacements are made quickly so as not to affect the rest of the home.

You can come across various types of fire damage when a fire occurs in your home. These need to be understood by the owners of the property as well as the trained professionals that arrive at your home so that they can carry out quick and effective fire damage restoration in Dallas, TX.

This damage is the result of fire involving flammable solids, which include various plastics, paper, rubber, wood, and cloth. This fire can be caused by an appliance that caught fire, an exploding stove, a stack of paper catching fire, or a table or chair, which is either made of plastic or wood catching fire.

Class B fire damage can be the result of flammable liquids or solids that become liquefied. This includes damage from gasoline, petroleum, and various forms of oil, including waxes, plastics, paints, etc. This requires incredibly fast action for effective fire damage restoration in Dallas, TX.  However, fires caused by cooking oils and vegetable oils and fats are excluded from this list.

This involves damages from flames caused by gases such as propane, methane, hydrogen butane, and natural gas. This is more than likely the result of a gas leak that can occur from an old stove or rusted pipes that carry the gas to a household or a commercial building. Old gas pipes and tankers that transport natural gas are primed for these hazards, but they even take the risk of transporting gas because it's necessary.

This class of fire damage deals with fires caused by combustible metals such as magnesium, potassium, and sodium. Hence, this can be the cause of exploding fireworks or gunpowder since they have these metals in ample quantity due to their property of burning in different colors, e.g., magnesium burns white hot, and potassium burns purple or pink.

Class E fire damage results from a combination of the damage caused by fires from Class A and Class B. The difference between them and E is that this introduces electrical elements to the list. This makes fighting the fire, and the resulting damage vary from that in Class A and B. This means a shoddy electrical circuit or a blown fuse could cause this fire. It's mostly the result of a lack of upkeep in the residence or in the commercial building.  Fire restoration in Dallas, TX,  is particularly difficult after this sort of damage since electrical outlets need to be turned off, and the house essentially needs to be earthed and evacuated so as not to cause loss of life.

This is a class of fire that emerges from burning cooking oils and fats. This is one of the most common fires that can occur since it involves the use of oils that are very readily available in the home and are continuously being brought into the home for the purpose of cooking. These fires most often start in the kitchen and pose a greater threat than those in Class B. They burn hotter and cause more severe damage to the skin and to the surroundings than fires begun by waxes or gasoline. It's also why this is such a common cause of fire restoration in Dallas, TX.

Primary Fire Damage refers to the damage sustained directly from the flames and the heat from a fire. This can include the building itself, its infrastructure, and the homes and businesses' contents, such as the furniture or the information lost on servers, etc. Secondary Fire Damage is the damage sustained due to the smoke and other corrosive substances caused by the fire. If the fire isn't put out quickly, it can result in a significant cost increase for fire damage restoration in Dallas, TX.  This can include the fire heating a substance to the point that it explodes, such as an oil container or some fireworks. It can also refer to exposing a building to outdoor elements, which could tack on extra damages like that of rain. Secondary damage can also create a positive feedback loop since fire can cause damages that can feed the fire. This leads to an extensive need for fire restoration in Dallas, TX. For instance, a particularly windy day can spread fire around the house or the neighborhood if left unchecked. Secondary damage often causes the majority of fire damage inside a home or office. If you have suffered fire damage in your home or commercial office space, do yourself a favor and call Mr. Restore for the best fire restoration in Dallas, TX. They're waiting for your call. What are you waiting for?